Buckeye Custom Van Builders traces its roots back to the early 1980’s when the parents of our founder and lead builder/designer, David Hohl, purchased a converted 1965 Ford school bus. Taking a giant leap of faith, they flew from Dhahran, Saudi Arabia, to Denver, Colorado, with their five children to pick up the converted camper, sight unseen. They christened their new home “The Hohls Royce.” 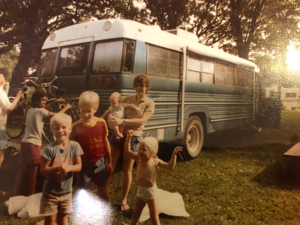 David remembers fondly the many trips taken in that old bus, touching both east and west coasts, peering into Mexico and crossing the northern border into Canada. During these trips, the family would often boondock, or camp without electrical and sewer/water hook ups, in a time before solar panels, inverters, or reliable propane heat. David’s sense of wanderlust was developed during these many trips throughout the United States.

As an adult, David traveled often with his own family and children in a factory-built Class C motorhome.

Although it was very comfortable, it never felt quite as homey as the custom made, ragtag old school bus of his youth.

David has been building since he was a teenager, working with a deck building company, remodeling rental properties, building sets for local theater companies, and building furniture and cabinets in his garage woodshop. In 2020, David purchased his first empty cargo van and spent his weekends for the next several months turning the van into comfortable and functional Class B camper van, complete with propane heat and cooktop, a water system with pump and grey tank, and a solar/electrical system.

In 2021, David sold his first van and then quit his job as a physical therapist to pursue his dream of designing and building adventure vans full-time. Since then, Buckeye Custom Van Builders has converted vans for clients in California, Wyoming, Tennessee, Alaska and here at home in Ohio. 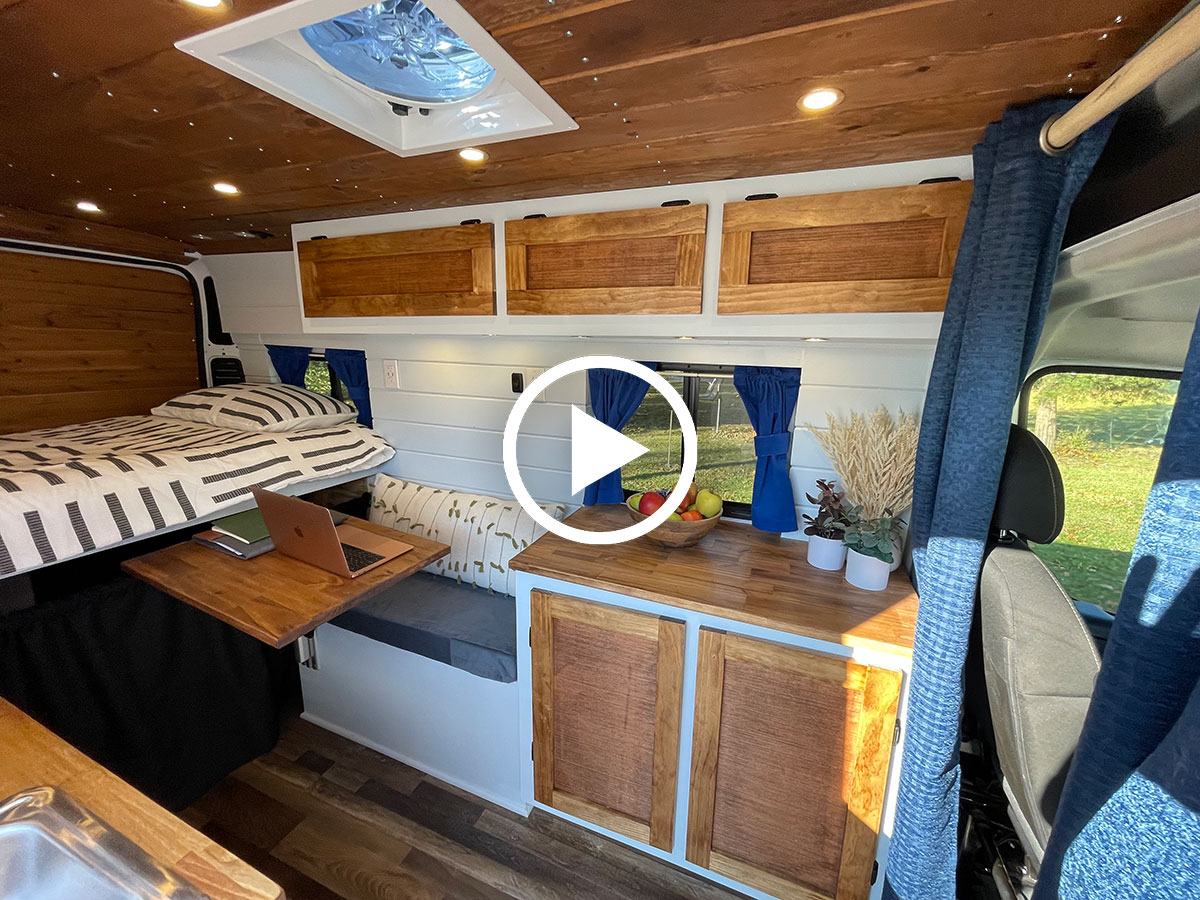 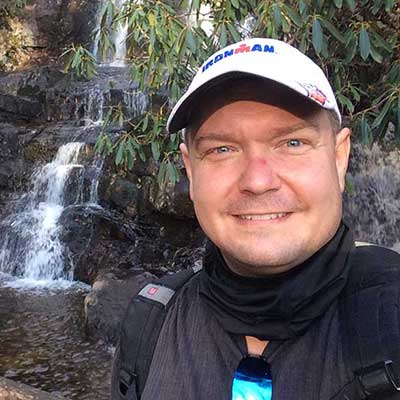 Previous to founding Buckeye Custom Van Builders David had varied carriers as a physical therapist assistant, a police officer, and residential property manager. Through it all David enjoyed working with his hands and honing his carpentry skills. When he is not working he enjoys camping, backpacking, traveling with his children and makes the occasional appearance on stage as a local actor. 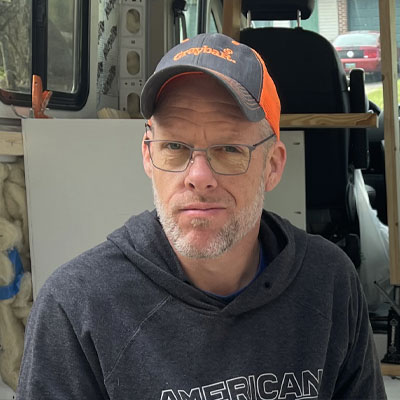 Nick has over 20 years of experience with electrical work and is a member the electricians union IBEW local 683. Nick enjoys, camping and remodeling his house. 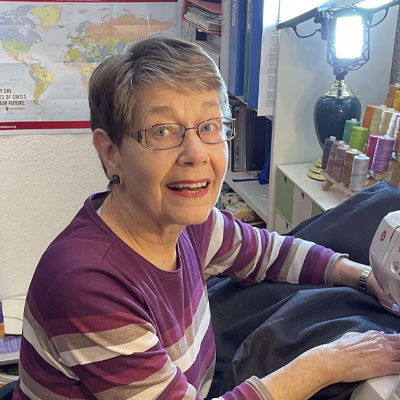 Elana has worn many hats in her lifetime. After college she spent two years in Afghanistan as a Peace Corps volunteer, and later taught English as a Second Language in Saudi Arabia. She learned how to sew at a young age from her mother and has enjoyed sewing, crocheting and quilt making her entire life. Elana loves to travel, often hitting the road for several weeks at a time in her class A motorhome with her husband. 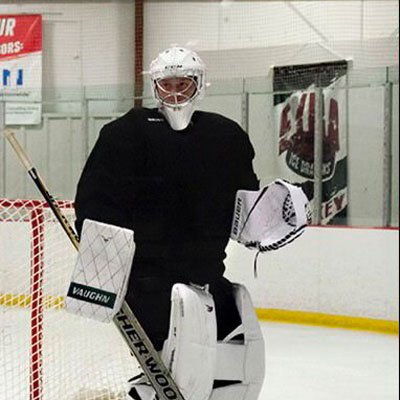